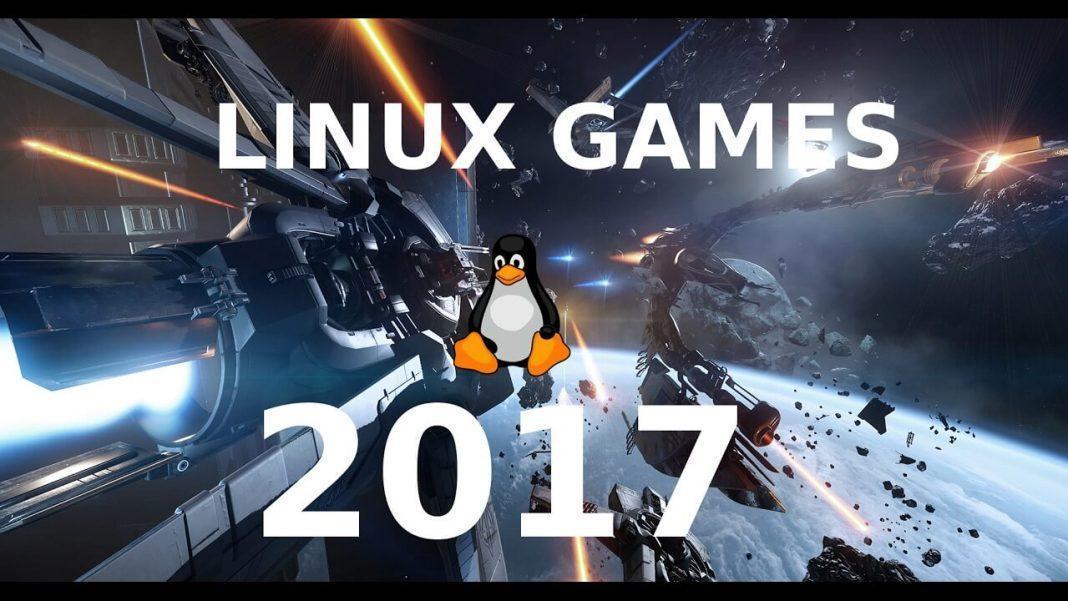 We take a look at the best Linux games of 2017, ranging from AAA titles to introspective indie hits.

So park your gamepad, pop your feet up, and raise a glass of something socially acceptable to what’s been another terrific year for Tux fans with twitchy thumbs!

‘The Linux games that kept us busy throughout the year’

With over 4,000 games now available on Steam for Linux — including AAA titles — Linux gaming has never been in ruder health.

This list features games you certainly will have heard about, as well as some modest outliers which might’ve passed you by. For reference, this list of the best Linux games in 2017 only features titles released on Linux this year or those which released a sizeable update.

The games that follow are not ranked in any sort of order (I’m not that decisive) but all are games that our readers say kept them busy throughout 2017.

So, eyes down for our list of the best Linux games on Steam and beyond.

DiRT Rally certainly took the scenic route arriving on Linux. The popular rally simulator made its début on Windows way back in 2015, before revving up on Xbox One and PS4 in 2016.

It took some stewardship from porting powerhouse Feral Interactive to get the game skidding down the Linux dirt track back in the spring.

Unlike other entries in the long-running Dirt series DiRT Rally isn’t an absent-minded racing game offering easy wins against pretty vistas. It’s a super serious rally sim with a learning curve as steep as the terrain.

In fact, DiRT Rally is the closest thing to driving a real rally car as most of us are likely to get. Physics, mechanics, terrain, weather — all have to be mastered to succeed. That may sound off-putting, but it does mean that each and every hard-earned win is all the frickin’ sweeter when achieved.

Replay value is decent too. There are a huge range of vehicles and customizations, and a varied stretch of tracks and driving conditions to race in.

But whether you chose to race across the dust bowl of America or the ice-topped roads of Sweden: nothing in this game is easy.

DiRT Rally is as unforgiving as it is rewarding. While the learning curve is often steeper than some of the terrain you’ll race on the attention to detail, replayablity, and sense of satisfaction leaves all else in the dust.

Lauded as the franchise that defined the stealth genre, the first appearance of Hitman and Agent 47 on Linux was never going to a discreet or shadowy affair.

Arriving to fevered anticipation, the most recent entry in the long-running series, Hitman was originally released in 6 separates episodes across 2016. But for the Linux release everything is neatly packaged together as Hitman: The Complete First Season.

As a game Hitman is brutally challenging. The job of taking out a ‘target’ is never straightforward. And thanks to hugely intricate sandbox levels each mission will test your creativity and opportunism as much as it does your skill.

The episodic nature gives the game a real sense of momentum and variety. Beautiful locations play host to intriguing characters, while the open-world approach ensures that things are never entirely as they seem.

Add in a high replay factor and Hitman deserves its rightful recognition as one of the very best Linux games on Steam.

C’mon, there was no way that this game wasn’t going to make this list! I refuse to believe anyone doesn’t dearly love open-source racing game Super Tux Kart.

It’s colourful, it’s cheerful, and it’s out-and-out cheesy — I love it! In this year’s spooktactular Hallowe’en update the added a pair of new tracks, including a candle-lit Parisian town, new characters, improved karts (with working headlights), a built-in game recorder and a whole lot more.

The game also runs smoother than before and uses less memory thanks to the lazy-loading of scene textures and other performance tweaks.

Annnnnd if that wasn’t enough you can now play Super Tux Kart on Android!

There’s simply no other way to preface Rockfish Game’s Everspace other than applauding it’s beautiful and (quite literally) out-of-this-world visuals.

Everspace is a single-player space combat game that fuses “roguelike elements” with a creative storyline.

Admittedly there’s a bit more nuance to it than ‘flying about shooting at spaceships’. The non-linear narrative slowly reveals itself piece by piece as you play through cut-scenes and an on-board computer.

This approach adds intrigue and pace, and makes a potentially shallow shoot ’em up an all the more engrossing experience.

5. Night in the Woods

Night in the Woods is quirky indie game that gleefully straddles multiple genres.

It was released with day one Linux support (always appreciated) in February 2017, having made a colossally successful crowdfunding pitch in 2013.

It’s a quirky 2D platformer with adventure elements. You play as a feline college dropout who has returned home to find things have gotten a little …weird. Through exploration, interaction and discovery of some really creative and ingenious game mechanics, you’ll uncover the real mystery of the town, piece by piece.

Night in the Woods is an intimate and introspective game with terrifically emotive writing set against a playfully quaint world that’s rich in interesting, memorable characters.

It’s easily one of the most thoughtful games you’ll play this year, and one that will stay with you long after you put the controller down.

Buy Night in the Woods on Steam

When we asked you to tell us your favourite Linux games released in 2017 Football Manager 2018 was high on the list.

I won’t pretend I’ve played it as, quite frankly, I’m barely able to manage my life, let alone a team of imaginary footballers.

Dynamics adds an all new angle to the manager-team relationship. It requires you to build ad maintain meaningful personal relationships with each and ever player – from star striker to Mr-forever-on-the-subs-benchalike. Keeping one player’s morale up could be key to keeping the team prepped for success.

Football Manager 2018 is the latest entry in this long-running series and is considered one of the best.

Whether you’re a fan of the franchise or not, it’s great to have it on Linux.

“Minecraft meets Jurassic Park” was how this game was pitched to me and, honestly, it kind of sums it up well! Admittedly Ark is not a kid-friendly or pixel-heavy sandbox, but it is a game that requires you to use your own initiative.

You get to ride dinosaurs – what’s not to love about that?!

A survival game, you’re placed on an ‘ark’ (the in-game word for ‘map’). Dinosaurs and other wild animals roam these areas which you can avoid, hunt, ride — yes, you can ride dinosaurs — and so on. You also have to scavenge for materials and resources, build weapons, and, in some situations, fend off other players.

The fact that Ark lets you connect to both official and unofficial servers adds an anarchic angle to the gameplay. Different servers have different configuration or environmental rules (like primitive mode, which excludes futuristic weaponry).

Ark: Survival Evolved is not a game for impatient players nor those who give up easily. But, those who can stick with it and tough it out, will find a game that’s deeply rewarding.

As stated at the outset: this isn’t a comprehensive list. If we literally listed every game released this year that we liked we’d, well, we’d be plagiarising Gaming on Linux!