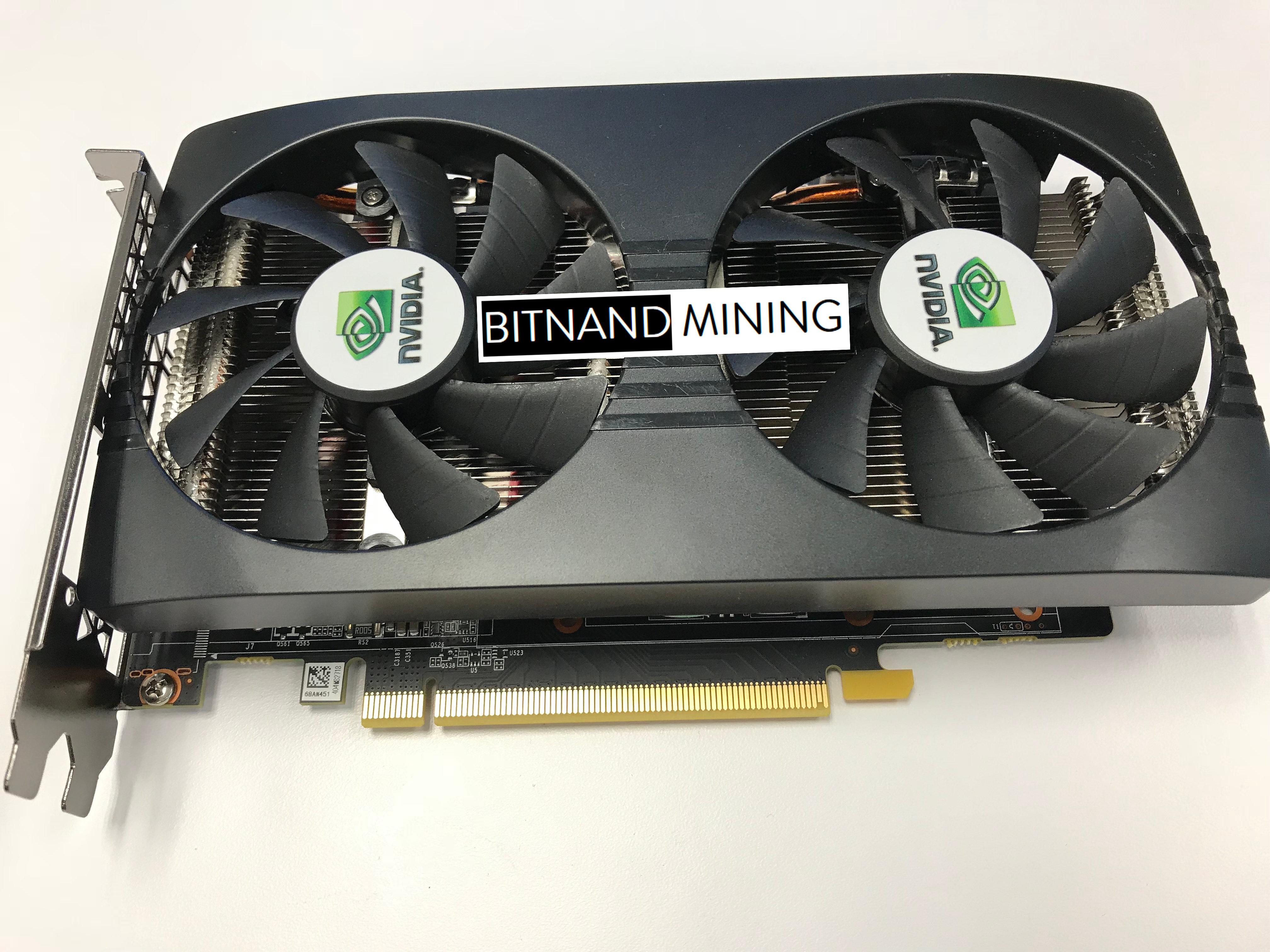 The effect that cryptocurrency mining has had on the graphics card market has been so extreme, very few people could have predicted it. GPUs that were as easy to purchase as a gallon of milk became as hard to find as the hottest deal at Best Buy on Black Friday. Bitand released bitcoin mining optimized GTX 1060 for bitcoin enthusiast.

In addition to the rarity, inflated pricing has been a real issue as well, with many GPUs costing twice as much (or more) than their intended MSRP. A $649 GeForce GTX 1080 Ti, for example, can currently be had as “cheap” as $900, and that’s a relative bargain compared to some of the other pricing we’ve seen. It’s not hard to find the same GPU going for $1,300+ at virtually any e-tailer. One of the saving graces for gamers has been companies selling pre-built systems, like MAINGEAR, where adding a high-end GPU to a build doesn’t inflate the price by the same degree, but not everyone is in the market for an entirely new rig. It’s been rumored that AMD and NVIDIA are considering releasing mining-specific GPUs, although some third-parties have already gotten started. That includes BITNAND, which is now taking orders for a GeForce GTX 1060 optimized for mining. There are no video outputs on the card, and for that matter, there’s no PCIe bracket either, though like their gamer-centric counterparts a 6-pin PCIe power connector is required.

The card is also passively cooled. That’s ideal for those wanting to run a fleet of them, especially in a climate controlled room, because there’s no need to worry about fans failing. BITNAND is charging $389 for this card and says it will begin shipping at the end of the month. Compared to standard GeForce GTX 1060s, $389 isn’t the best deal. Amazon lists a handful at $349 or under, so miners plucking these passive GPUs up would be doing so for reduced noise, possible optimized performance, and power savings. As with any GTX 1060, this one can be overclocked to further tune performance, although your mileage will vary — especially with passive cooling.

BITNAND says that this card hits about 22MH/s for ETH mining and 500H/s for XMR mining. And the company claims a power draw of 70W, which contrasts sharply with a reference GeForce GTX 1060’s 120W specification. A 50W difference could help justify the card’s premium price because it would ultimately cost less to run over time.

If rumors prove true and AMD and NVIDIA do have mining cards en route, then maybe there will be enough gamer cards left for the rest us and pricing will fall back down to expected levels. It seems like a pipe dream given the current crypto craze, but we are optimistic something will be done to help the situation moving forward.