Now send money from facebook messenger to friends in US 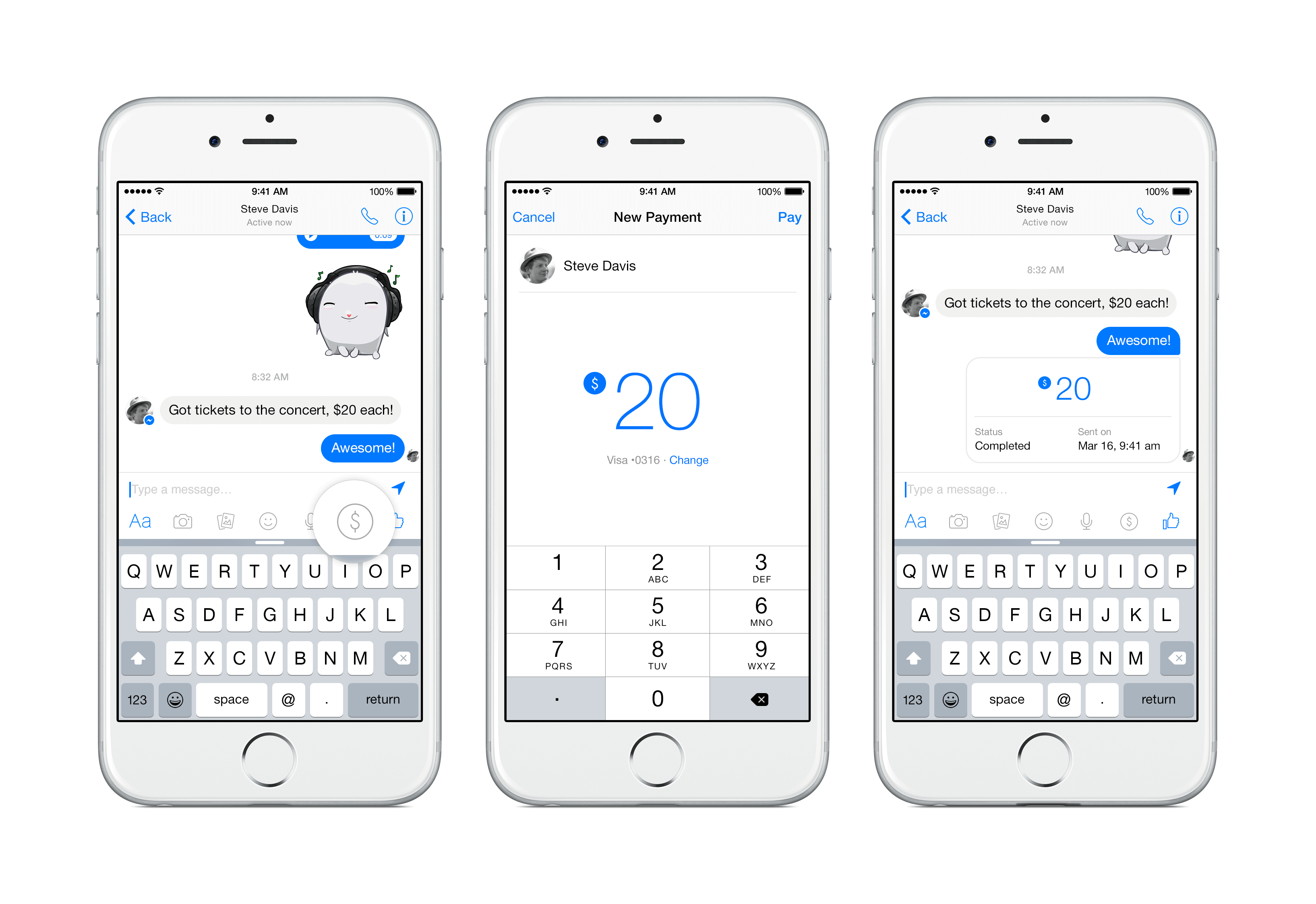 Just a few months after it was announced, the peer-to-peer payments feature of Facebook’s Messenger app is now available to everyone in the United States.

The news was announced by David Marcus, who leads the company’s messaging business. “Add your Debit Card and pay anyone on Messenger in a few taps. Money goes straight from your checking account to the recipient’s checking account. Easy and safe,” he said.

The announcement comes less than a month after the Android version of the app entered into the exclusive 1 billion+ downloads club.