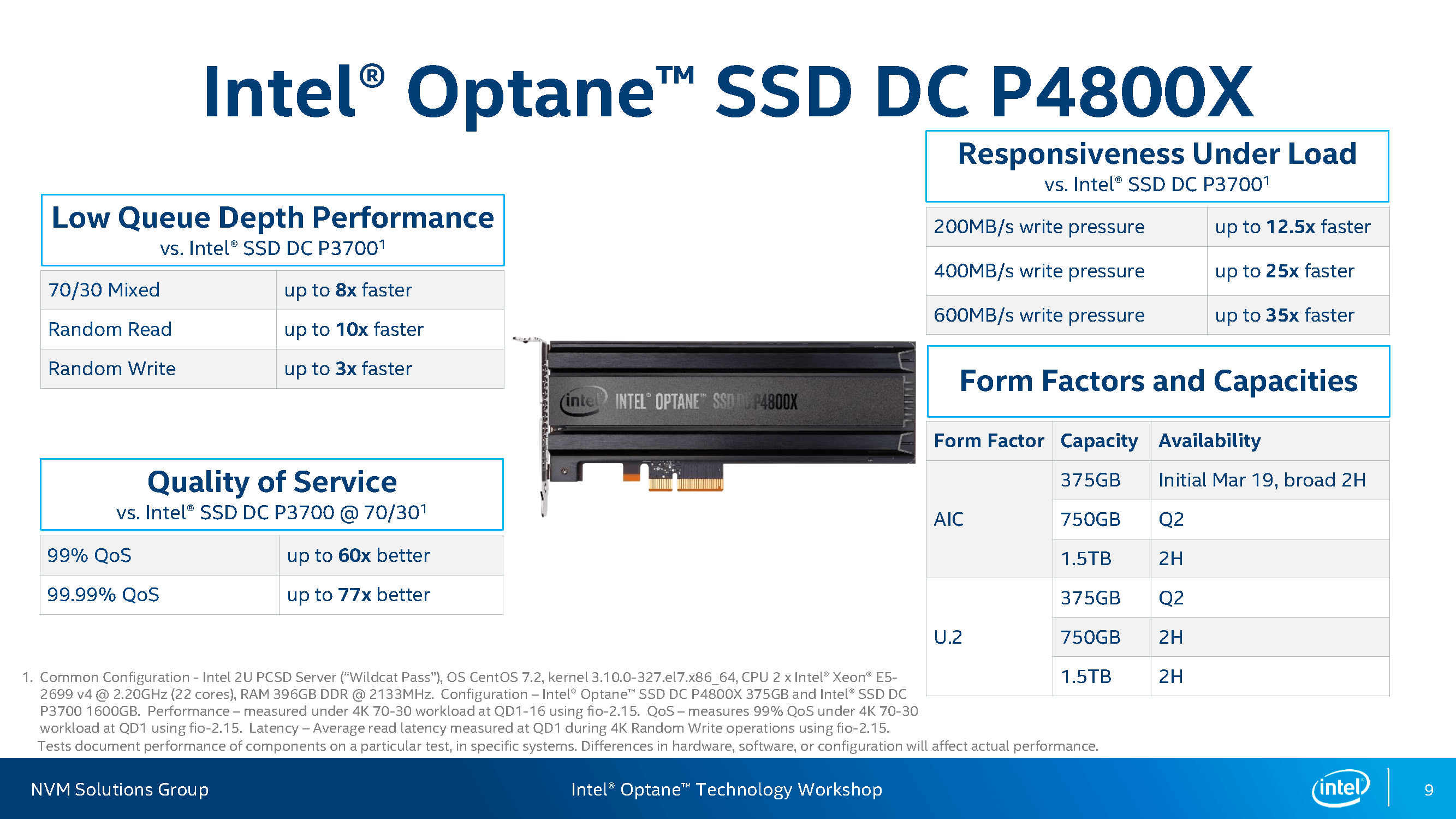 Back in July 2015, Intel and Micron announced their 3D Xpoint Memory that was claimed to be 1,000 times faster than the modern SSDs. This new class of memory was publicized both as non-volatile as well as system memory, i.e., a replacement for both a PCs SSD and RAM. Intel called the 3D Xpoint Memory a major breakthrough in the storage technology since the advent of NAND in 1989.

Now, based on this superfast 3D storage technology, Intel has unveiled the Optane SSD DC P4800X. It’s a 375GB Solid State drive that’s designed for the NVMe and PCI Express slots in servers. It’s basically a datacenter-focused product with high read/write loads and low latency, and can be used as RAM.

The initial limited availability of this memory has started for $1,520, which will be followed by the broad availability in later 2017.