Chinese smartphone manufacture Gionee has unveiled over half a dozen smartphones during an event this past weekend in its home country. The list includes S11S, S11, S11 lite, M7 Plus, M7, M7 Power, M7 mini, and F205.

Let’s begin with the Gionee S11, which the company says is its flagship product for overseas markets. The phone is powered by Mediatek’s Helio P23 SoC with octa-core CPU and features a 5.99-inch, 18:9 FullView display with 2160×1080 pixel resolution. 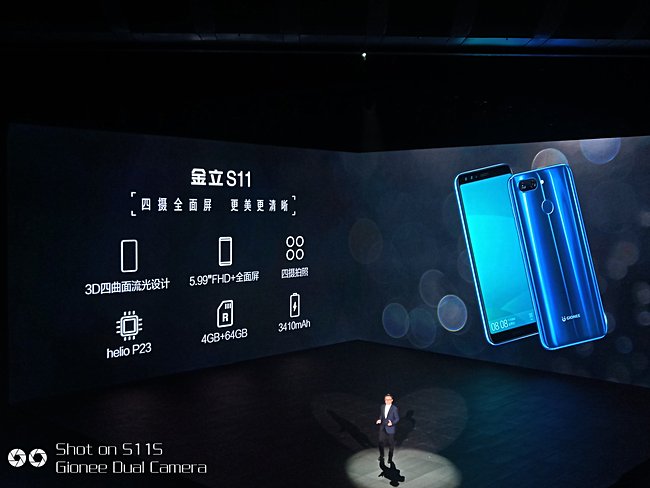 Press release says RAM is 6GB (although the presentation slide above says 4GB), while internal memory is 64GB. The handset features dual-camera setup on both back and front – 16MP+5MP and 16MP+8MP, respectively. The device also features hardware-level real-time bokeh.

Coming to the Gionee S11S, the device is currently aimed at the China market. It is powered by Mediatek’s Helio P30 SoC, and features a 6.01-inch FullView display with 2160×1080 pixel resolution. It also comes with 6GB RAM and 64GB storage.

The S11S also features dual camera setup both on the back and at the front – 16MP + 8MP and 20MP + 8MP, respectively – which Gionee says is best in its portfolio.

Moving on to the M7 Plus, it’s a security focused device that’s powered by Snapdragon 660 SoC and sports a 6.43-inch, 18:9 FullView display. It also comes with 6GB RAM, and offers 128GB storage. A large, 5,000mAh battery is there to keep the lights on. 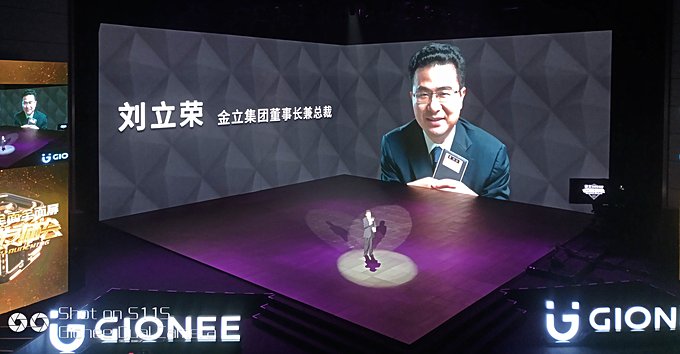 The phone – which is also aimed at the China market – lets you transfer amounts via Alipay IFAA2.0 standard. Other features include wireless charging and artificial intelligence (a first for a Chinese brand phone, Gionee claims) as well as Automatic Speech Recognition to cancel orders and fast payments with a single touch.

Next up is the S11 lite, which like the S11 will also be available overseas. The device is powered by a Snapdragon SoC with octa-core, 1.4GHz processor, and sports a 5.7-inch, 18:9 FullView display with 1440×720 pixel resolution.

It comes with 4GB RAM and 32GB storage, and features a dual camera setup (13MP+2MP) on the back. On the front is a 16MP selfie shooter. The handset runs Android 7.1-based Amigo 5.0 skin and packs in a 3,030mAh battery. Color options include gold, dark blue, and black.

Among the remaining devices, while the M7 and M7 Power have already been officiallyunveiled by the Chinese company, the last two devices that have been made official are the M7 Mini and F205. Nothing much is known about them, except their price tags – CNY 1,399 ($210) and CNY 999 ($150), respectively – and December availability.
Advertisement