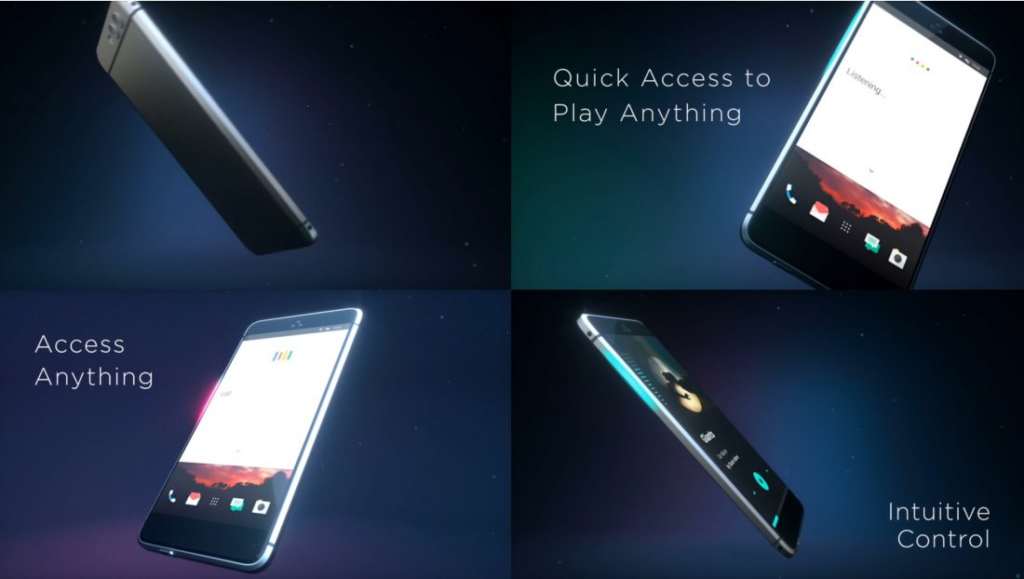 The new Taiwanese flagship named HTC U is expected in the second half of April but it already leaked from head to toes. The most impressive feature of all is a touch-sensitive frame that enables several features, depending on how hard you squeeze or press it.

A product presentation acquired by Android Headlines reveals the most exciting specs and features the new flagship of HTC will have.

The most impressive feature is the Edge Sense that lets you interact with the device by squeezing it in your hand. Even when the device is turned off, you can start an app like the Google Assistant or the camera. It supports different levels of pressure which suggests you can do more than one action with the unique feature.

Another surprise HTC has is the HDR+ that automatically kicks in when the camera needs it. As we already reported, the device will come with the latest Snapdragon 835 CPU and HTC’s Sense 9 user interface.

The HTC U comes with four microphones as we saw in the U Ultra. There is only a Type-C connector for audio output, but at least you are getting the HTC USonic technology, which should deliver high quality stuff to your ears.