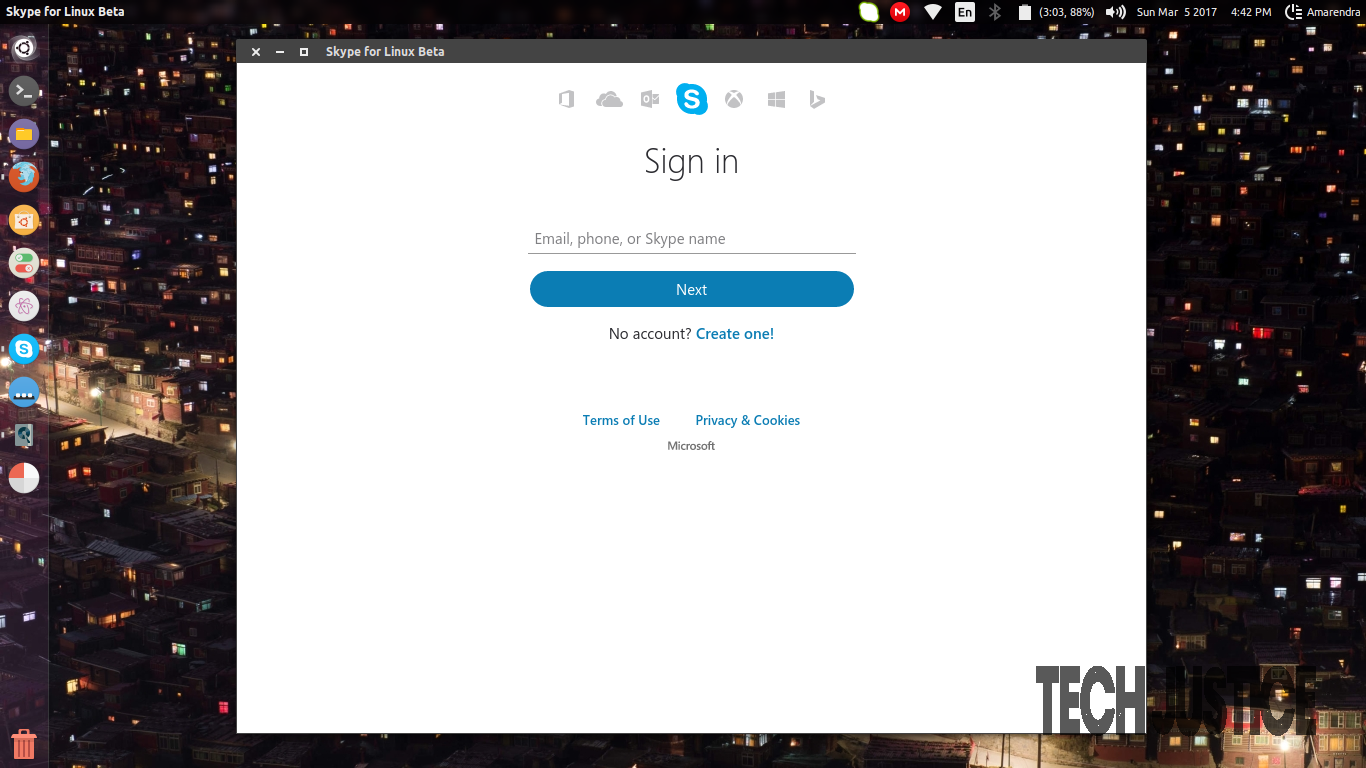 In this tutorial i will show you how to install official skype in ubuntu
u can download skype from link (shown below) and fellow steps shown in video.

Yup, the Skype for Linux alpha has graduated to beta status and picks up some popular feature requests in the process. You can now make video calls, call landline and mobiles, and more.

Adds Video Calling, Skype Credit
Along with a new name and a new version number the new Skype Linux app also gets a stack of new features, including many long-requested by the VoIP service’s faithful flock of Linux fans.

All the features on offer in the previous alpha releases are retained, but Skype for Linux Beta lets you:

Call mobiles and landlines with Skype credit
Make one-to-one video calls from Linux to Skype users on Android, iOS, Windows, and Mac.
Vew shared screens from other Skype desktop clients
See away/busy status in contacts list
There’s one other nicety for for Ubuntu Unity users: when you have unread messages the Skype Unity launcher item gets a little badge to show number of unread conversations.

Want in? You’ll can download Skype for Linux Beta

(note that at present the installer is labelled ‘alpha’ but once installed correctly reports as ‘beta’).

If you already have Skype for Linux Alpha installed you do not need to uninstall it. The beta will be pushed out to as a software update.