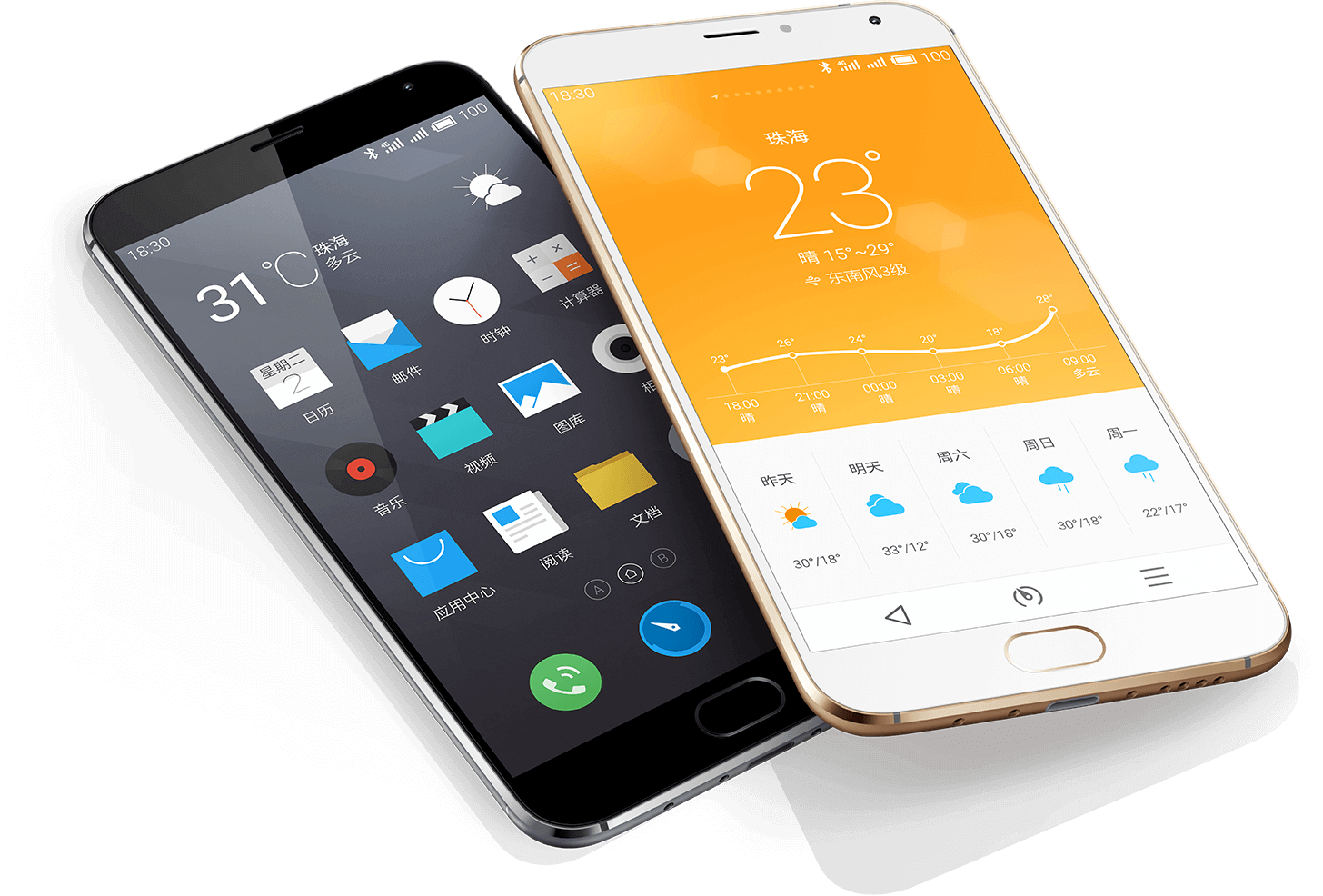 The Meizu MX5 is finally official, putting an end to the endless stream of of rumors.
Meizu has gone with a metal unibody, with only two small plastic inlays running through the back to ensure troubleless radio functionality. The handset measures 149.9mm x 74.7mm x 7.6mm and weighs in at 149g, making it only slightly heavier that the MX4.

The MX5 is equipped with a 5.5-inch super AMOLED display with a Corning Gorilla Glass 3 protection. Meizu has preserved the FullHD resolution, so, we can expect good endurance from the 3,150 mAh battery pack. As far as internals go, the MX5 is powered by Mediatek’s MT6795T SoC, also known as Helio X10. It is a true octa-core chip with all of its Cortex-A53 cores set at 2.2GHz. The chip also includes a PowerVR G6200 GPU, complemented by 3GB of LPDDR3 RAM. Storage options feature 16GB, 32GB and 64GB, all using eMMC 5.0 chips.

The phone’s camera setup includes a 20.7MP main shooter with an aperture of f/2.2, dual-color LED flash and laser-aided focus. It is capable of 4K video recording and can also shoot 100-fps slow-motion videos at 720p. The 6-element lens itself is also covered with Gorilla Glass 3, so you don’t have to worry about scratches. The selfie camera has a resolution of 5MP and a brighter f/2.0 aperture for better low-light performance.

Meizu has included a fingerprint sensor, like the one in the MX4 Pro. The mTouch reader has, however, been upgraded and version 2.0 bring a stylish industrial design and improved speed and accuracy. The module has also become more-robust, thanks to a special water-proof silicon coating on the inside and a solid screw fixture, ensuring 300,000 presses. Security has also been improved on a software level. The MX5 has a special TEE security environment, which can’t be accessed without a Meizu signature, even if the device is rooted.

As far as connectivity goes, the Meizu MX5 is a dual-SIM phone, with LTE supported on both slots. The phone is also equipped with dual-band 802.11 ac/b/g/n Wi-Fi and Bluetooth 4.1. Available sensors include a Hall Effect sensor, gravity sensor, IR proximity sensor,gyroscope, ambient light sensor and compass. Another notable feature is the new mCharge technology, which can juice the MX5 from zero to 25% in only 10 minutes. Last, but not least, it runs on the company’s new Flyme OS 4.5.