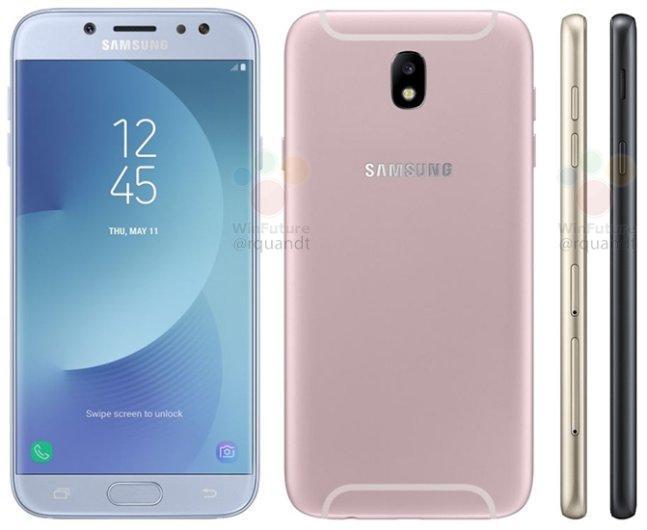 The Samsung Galaxy J7 (2017) – which has already received certifications and also been spotted in benchmark listings – has now leaked in renders. The image that has leaked shows the device in four colors: blue, pink, gold, and black and there is an intriguing antenna design on the back.

A recent leak suggested the phone will feature a 13MP selfie camera, full metal body, as well as a fingerprint sensor. It’ll sport a full HD display resolution, pack in 3GB RAM and 3,600mAh battery, and run Android Nougat out of the box.

Connectivity options include LTE Cat 6, VoLTE, and VoWiFi. The device is expected to carry a price tag of €339.