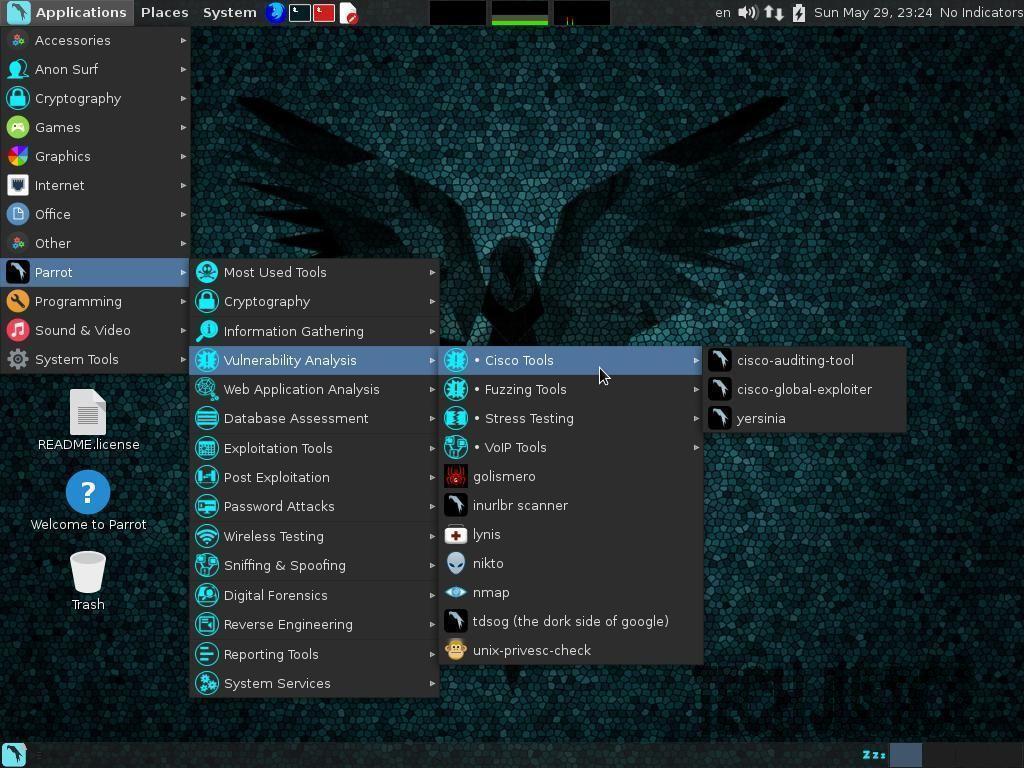 Frozenbox Network has released Parrot Security OS 3.5 Ethical Hacking distribution. Based on Linux kernel 4.9.13 and Debian GNU/Linux 9 Stretch, this distro comes with many updated packages from Debian. Parrot 3.5 drops many packages, including gtkdialog, airmode, and penmode. The interested users can grab this release by visiting Parrot’s website.

Now, after the hard work of about 2 months, the developers of Parrot Security OS, Frozenbox Network, have announced the official release of Parrot OS 3.5, which is codenamed CyberGalleon. This Debian-based ethical hacking operating system is based on Debian GNU/Linux 9 Stretch. As expected, Parrot Security OS 3.5 ships with many updated and tested packages from Debian. This release is powered by Linux kernel 4.9.13. Soon, Parrot team will start working on its patches for Linux kernel 4.10. Apart from that, the team has also worked to implement some new features and ditched some obsolete ones. The older packages that didn’t mean the Debian standards have been dropped. This includes the old and discontinued gtkdialog and some other software built on top of it. The other dropped packages are airmode and penmode.

About the new additions, native VirtualBox and VMWare guest support has been included by default in Parrot 3.5. It also comes with Cryptkeeper, ZuluMount, sirikali, onboard virtual keyboard, CUPS and printing support, and experimental Cinnamon support. If you’re interested in trying out Parrot OS 3.5, you can go ahead and download its Full, Lite, and Cloud Edition.