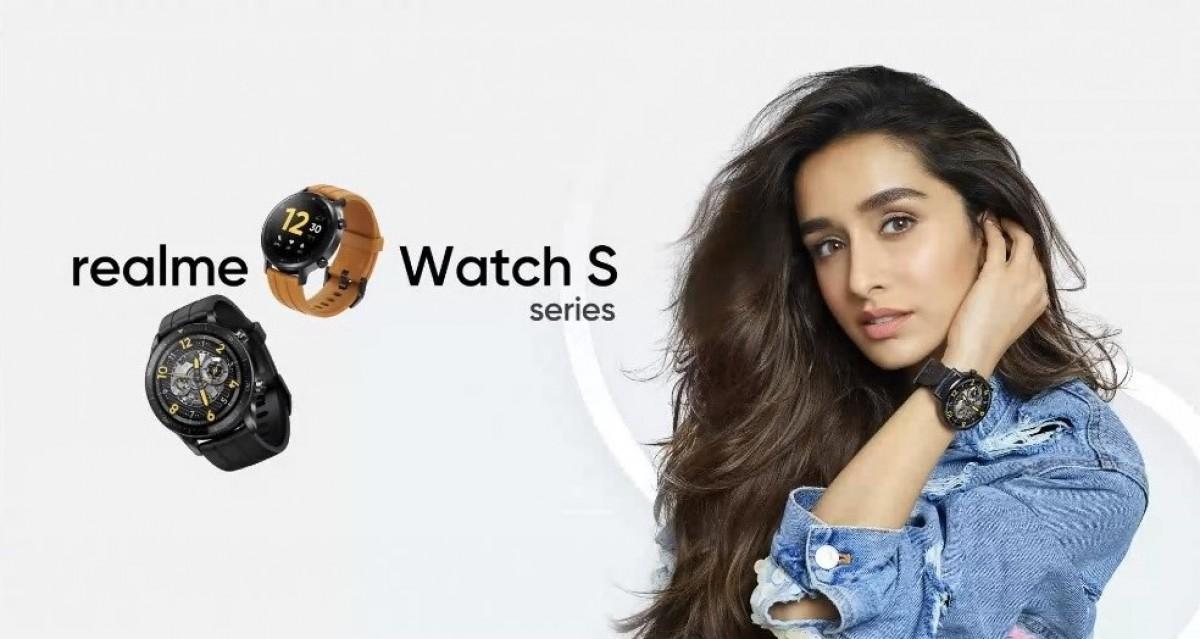 Realme announced its first smartwatch called Realme Watch back in May and followed it up with the Watch S earlier last month. Today the company announced the Watch S Pro alongside the Watch S Master Edition and Buds Air Pro Master Edition. The event also marks the debut of the vanilla Watch S in the Indian market. It’s priced at INR4,999 and will go on sale from Monday, December 28 through Flipkart, Realme.com, and later in some offline stores.

The Realme Watch S Pro is powered by an ARM Cortex-M4 processor and runs an unnamed custom platform. It looks similar to the non-Pro model but sports a 1.39″ always-on AMOLED touchscreen of 454×454 pixel resolution with auto-brightness. The smartwatch supports 100+ watch faces, and if you don’t like any of them, you have the option to upload your favorite picture from the smartphone to use it as a watch face.

The case of the Watch S Pro is made of SUS316L stainless steel and it weighs 63.5 grams with the straps, which come in silicone and vegan leather options in a total of four colors – Green, Brown, Blue, and Black. The last one is bundled with the watch and is made of silicone, with the rest sold separately.

The Realme Watch S Pro comes with a heart rate monitor and also has an SpO2 sensor onboard for blood oxygen level measurement. The smartwatch can track your sleep, count steps, and comes with 15 Sports Modes, including a new swimming mode.

The rest of the features of the Watch S Pro include dual-satellite GPS, 5ATM water resistance, Idle Alerts, and Drink Reminder. It also comes with Smart Notifications, Incoming Call Alerts, and Camera and Music Control.

The Realme Watch S Pro packs a 420 mAh battery which is claimed to provide two weeks of endurance. The wearable is priced at INR9,999 ($135/€110), with the first sale scheduled for Tuesday, December 29 on Flipkart and Realme.com.

The Realme Watch S Master Edition is designed by Korean artist Graflex. It shares the internals with the regular Watch S that we’ve already reviewed, but comes with specially designed straps, watch faces, and a retail box that includes matching stickers.

The Realme Watch S Master Edition is priced at INR5,999 ($80/€65) and will go on sale in India soon – the company execs did not reveal an exact date or retailer.

All three Realme Watch variants have interchangeable straps, with silicone variants in Orange, Blue, and Green arriving for sale on January 5, 2021, for INR499 (that’s less than $8/€7). There are also vegan leather options in Brown, Black, Blue, and Green – they will cost double but their arrival date is yet unknown.

The Buds Air Pro Master Edition are designed by Jose Levy – the same person who designed the Buds Q.

The Buds Air Pro Master Edition TWS earphones share the specs with the regular model, but have a full mirror design and come in a new color called New Wave Silver, with the ear tips in black.

Since the Master Edition performs identically with the regular model, you can read our review to learn more.