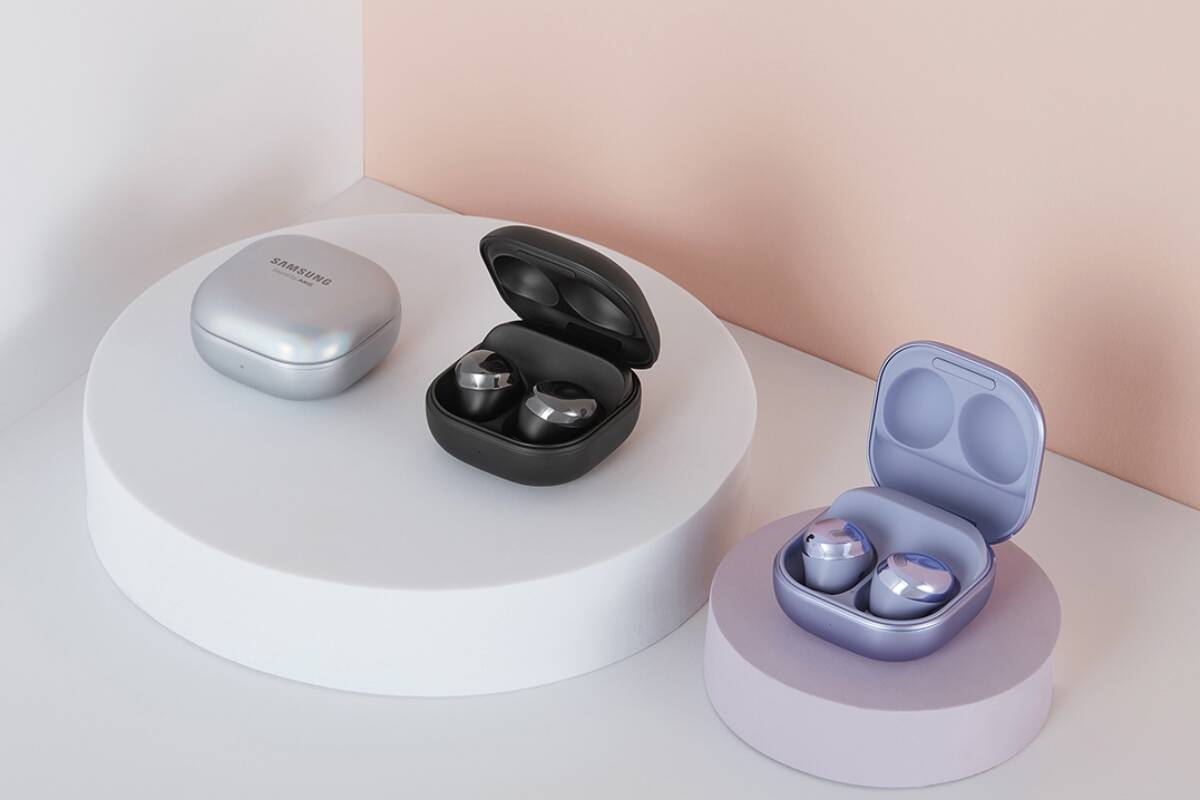 It’s sort of a tradition for Samsung to announce new TWS earphones alongside its latest Galaxy S-flagships and this year we get the Galaxy Buds Pro. We got to spend some time with a pair of Buds Pro earlier today and we did some quick tests to get a feel of what Samsung’s latest premium earbuds bring to the table. These are our initial impressions, but we will be doing a detailed review when we’ve spent enough time with them.

As with all in-ear headphones, you’ll have to find the right tip size for your ears to ensure a snug fit. This is rather important since the passive noise cancellation depends on having a tight seal around your ear canal. Provided you’ve attached the right rubber tips, the Galaxy Buds Pro offer superb fit and stay in your ears at all times.

Each earbud weighs just 6.3 grams which is on par with the Galaxy Buds+ and a smidge more than the Buds Live (5.6 grams each) though you really won’t be able to tell the difference when you put them on. After a few hours of wear, you forget you even have them on. Our unit comes in the Phantom Black colorway which features a glossy (and reflective) outward shell while the rest of the construction is matte. The earbuds are IPX7 water-resistant and feature assuringly solid construction.

The Buds Pro pack a dual driver setup with 11mm woofers and 6.5mm tweeters in each earbud. Upon first inspection, sound quality is quite balanced with decent levels of bass and satisfying highs and lows. We’ll make sure to offer more details in the full review of course but so far we can say the Buds Pro sound seems to befit their name.

The active noise cancellation from the Buds Live (aka Beans) is back on the Buds Pro and this time around and it’s noticeably more potent. While in an office environment the Buds Pro managed to filter all the lows and mids perfectly though we’ll have to test them out in other environments for the full review. This is also when we’ll get the chance to compare them to the likes of Apple AirPods Pro.

The ANC has low and high levels which adjusts how much of the outside sound is blocked out – this seems a little excessive as we can’t envision a scenario where you’d want just a little of the outside noise blocked.

You can of course listen to the Buds Pro without noise cancellation or have them in Ambient Sound mode which amplifies external sounds. The Buds Pro also have the new Voice Detect feature, which works quite well, toggling from noise cancellation or normal mode to Ambient Sound almost instantly when it detects you’re talking. Once the conversation is over, the Buds Pro revert to their original state. The only issue is that if someone else starts talking you’ll still miss the first sentence toward you until you reply and the earphones detect that.

We tested out the Buds Pro with a Galaxy Z Fold2 and the pairing was as seamless as it gets. As soon as we opened the case the Buds Pro were recognized and instantly paired to the phone with a single click. Of course, this instantaneous connectivity won’t be available to non-Samsung devices. However, you can get the Galaxy Wearable app on any phone and take advantage of its customization options and controls including programing the touch-sensitive sides of the earphones, find my earbuds and gaming mode.

Gaming mode also reduces latency by a noticeable amount. We tested the feature on a game called Athletics Mania, which simulates track and field events. The 100m sprint game requires you to tap immediately after the starting pistol is fired and with the Buds Pro we managed good to very good starts while the exact same test with the Galaxy Buds+ rendered poor results on most tries. Not quite what was possible with a wired headset, but certainly a major step forward.

Upon first testing, the Galaxy Buds Pro is a step in the right direction for Samsung’s TWS lineup and offer tangible improvements over their predecessors. Make sure to tune back when the full review is published as we delve deeper into the Galaxy Buds Pro’s sound and features.