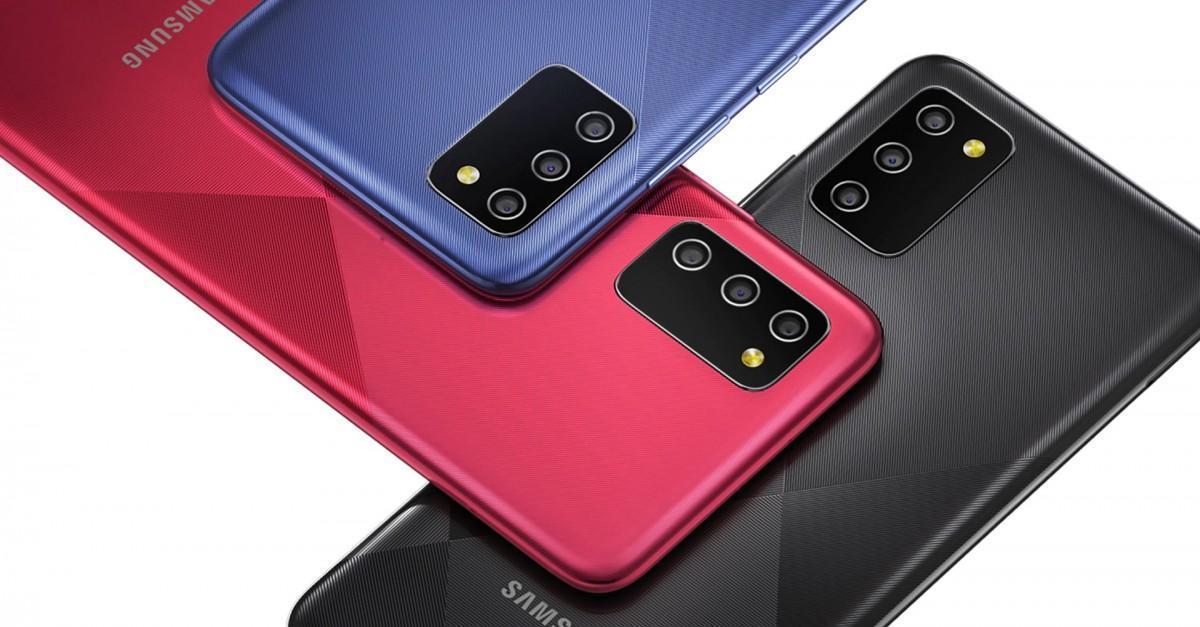 Samsung introduced a new affordable smartphone called Galaxy M02s. It will debut in India with a starting price of INR8,999 ($122) and will come with an octa-core CPU, a big battery, and three cameras on its back.

The Galaxy M02s is powered by the Snapdragon 450 chipset. The 3.5-year-old platform is built on the 14nm process and offers an octa-core Cortex-A55 CPU running at 1.8GHz. It is coupled with either 3GB RAM and 32GB storage in the base version or 4/64 GB in the more upscale model. There is a MicroSD slot for up to 1 TB more of storage.

The front panel of the phone is a 6.5” HD+ LCD with an Infinity-V notch for the 5 MP f/2.2 selfie shooter. The triple camera combo on the back brings a 13MP main unit and a couple of 2MP sensors for macro and depth.

While those numbers aren’t particularly inspiring, the battery capacity is something to be jolly about – the 5,000mAh unit supports 15W fast charging through a USB-C port.

The phone will be sold at Amazon India and Samsung’s own website in three colors – Red, Blue, Black. The launch date will be announced soon.