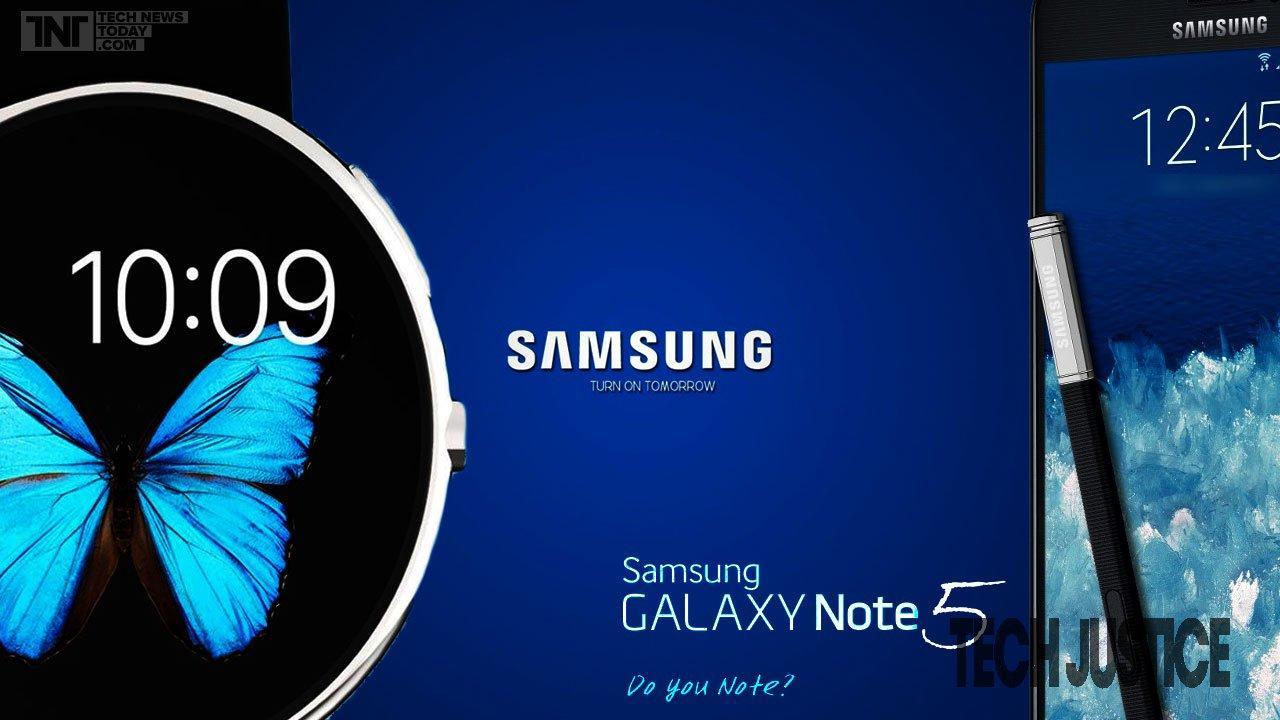 Samsung will be launching its newest flagship – the Galaxy Note 5– in India on Monday, September 7 at an event in “New Delhi”. The pricing and availability details will be revealed at the event. Samsung recently launched the Galaxy S6 edge+ in India at a whopping INR 57,900 ($874). The Note 5 has similar specifications as the edge+ but lacks the curved display. Instead you get the S Pen stylus, which has been a staple of the Note series since the original launched back in 2011. Samsung has now marginally updated the S Pen by slightly improving on the design to make it fit in more with the redesigned Note.

The Samsung Galaxy Note 5 has the same basic shape as the Note 4, but the construction of the two phones couldn’t be any more different.

Gone is the faux leather back that was made of plastic but felt more like cheap snakeskin. It’s been replaced by a glass sheet that’s infused into a metal frame, just like on the Galaxy S6. Samsung Galaxy Note 5 smartphone with 5.70-inch 1440 x 2560 display powered by 1.5 GHz processor alongside 4 GB RAM and 16-megapixel rear camera.At 153.2 x 76.1 x 7.6 mm, the Note 5 dimensions are certainly bigger than Samsung’s 5.1-inch flagship, but it’s actually a hair smaller and noticeably thinner than the Note 4. It’s lighter too, at 171g, shedding 5g even with its metal-and-glass construction.

Its back glass also curves inward on the right and left sides. This smaller footprint and curved back made it easier to hold in my palm, despite its phablet size.

Glass does make gripping this 5.7-inch phone more of a challenge, breakable and a fingerprint magnet compared to its faux leather predecessor. There’s less traction, but it’s nowhere near as slippery as a super smooth aluminum iPhone 6 with rounded corners.

Cases will help with the grip and prevent my overarching palm from interfering with the touchscreen, due to its thin bezel. This happens more often as bezels wane, phone sizes increase and my hands get fat. But I don’t suggest Samsung’s default case offering. I know from my time with the Galaxy S6 – it makes the phone even more slippery.

The Galaxy Note 5 colors include Sapphire Black and White Pearl , with options of Titanium Silver and Gold Platinum on offer elsewhere. The aluminum frame is silver in all cases, with a color-matching power button on the right and volume rocker on the left. These buttons are thin, but feel strong when pressed and, importantly, are situated in the upper portion of the frame, exactly where my fingers clutch the phone.

We will keep you updated on the details as soon as the device is launched.