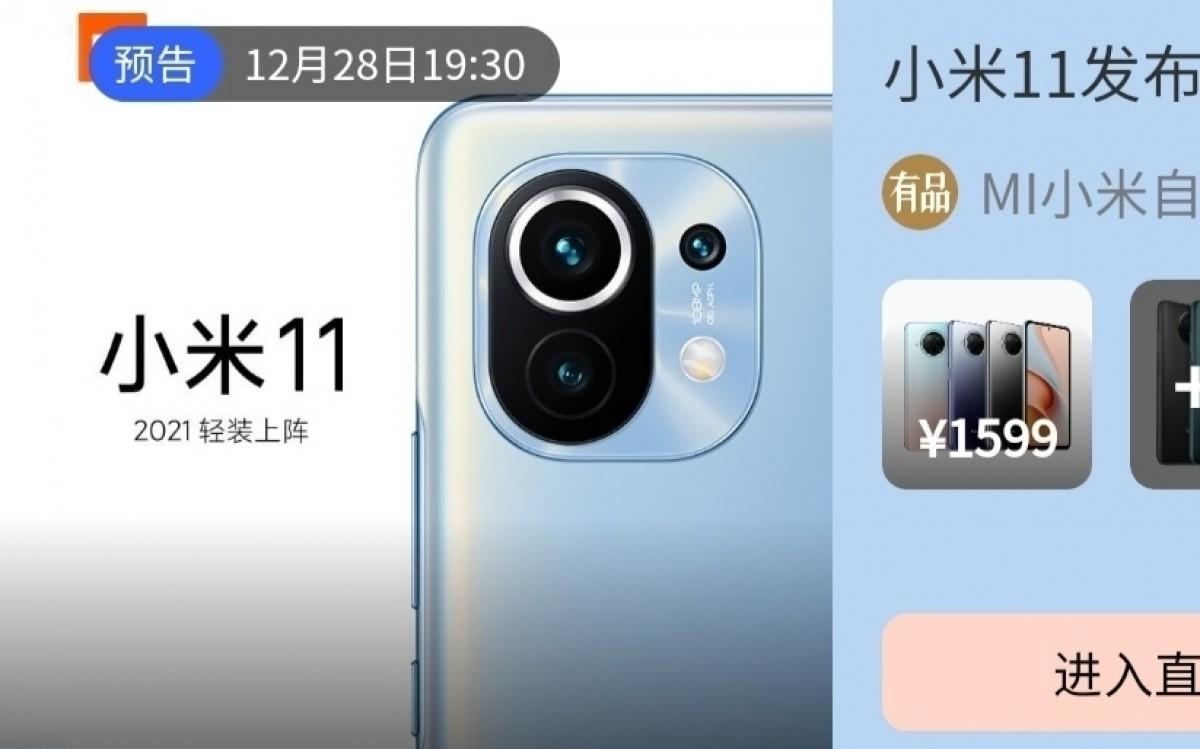 Xiaomi will introduce the Mi 11 flagship series next Monday (December 28) and the phone started popping more and more frequently. After the teaser from this morning, now the Mi 11 family was also listed on JD.com, and went by Geekbench, showcasing its 12GB RAM.

The Geekbench data gives us a preview of how the Snapdragon 888 and its CPU will perform. The single-core score is 1,135, while the result for multiple cores is 3,642 – a massive 15-20% increase, compared with the Snapdragon 865+ results.

According to early leaked images, the front of the Mi 11 will have curved sides and a single punch hole in the upper left corner, but this might be the Mi 11 Pro as well. It gets more interesting on the back – looks like we really are getting two big-sized shooters, while the third one being smaller and outside the black island; but still within the setup.